Level 5 Athletics sees value in a constructive learning environment that coaches ALL players at ALL levels. Our goal is to build a love for sports.

Level 5’s top priority is overall player development. Our coaches invest time in your game and your skills.  Our staff in comprised of professional, D1 - D3 College level players and/or coaches who understand the game and how to get the best out of each individual. In order to run a positive camp experience, we look to hire the best staff and host at the best facilities in the state.

The design of each camp and clinic is focused on skill mastery. You get better through repetition, verbalization, and intensity. At Level 5, we believe athletes are developed over time and our curriculum is constantly changing and evolving to better each clinic and camp experience. 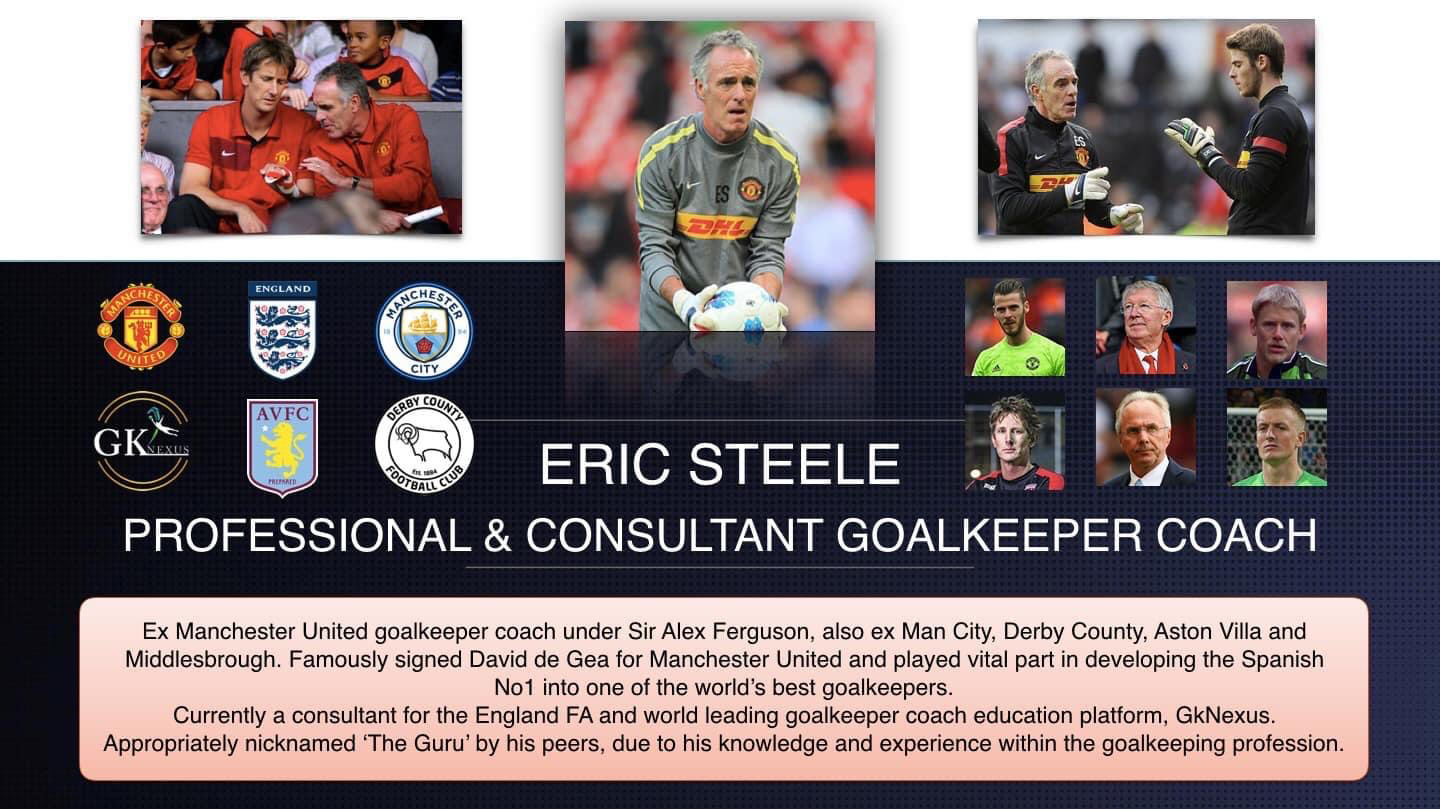 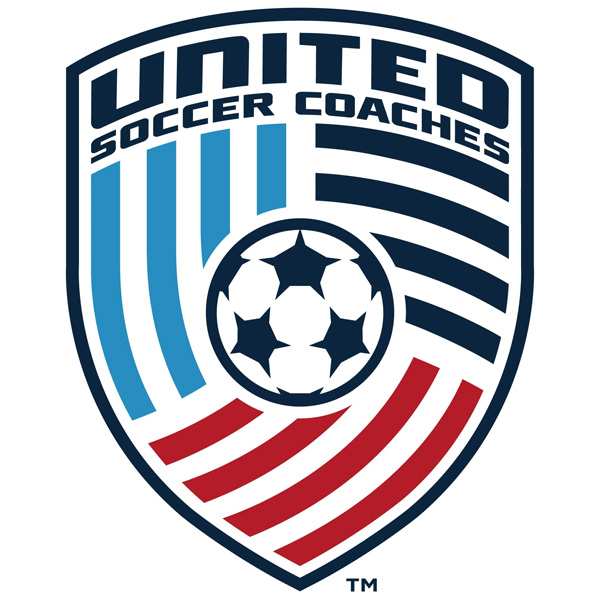 Eric Steele is the former Manchester United GK Coach and at his time at United he has worked with David De Gea, Peter Schmeichel, and Edwin Van Der Sar. Steele has also worked with clubs such as Aston Villa, Manchester City, and Derby County. Steele is currently working with the English FA and GK Nexus. Steele has coached alongside arguably the greatest manager ever Sir Alex Furguson and has been involved with the English National Team for over 10 years.

Frank Dileonardi is Fallston Soccer’s Technical Director, Level 5 Athletics’ GK Director, and GK coach for Stevenson University Women’s Soccer program. He is the former GK coach at Towson University (D1) and McDaniel College (D3) in addition he is the former GK Coach at DC United and the Washington Spirit Academy (Virginia). Frank holds a GK 1-2-3 and Advanced National GK Diploma with United Soccer Coaches (former NSCAA) as well as a Premier and Director of Coaching Diploma in addition to his FAW – C Certificate and first half of his UEFA B. Frank is also an instructor of the Grassroots and GK diplomas with United Soccer Coaches.

Level 5 Athletics is known for its goalie training and development. We are known for teaching students the most current strategies while working specifically with the skills and goals of each goalie.

This innovative program addresses ball handling, footwork and being able to comfortably work with the ball at one’s feet.

Training also addresses distribution, effectively playing out of the back and dealing with crosses.  Specific attention is given to being positive, game management and set piece management.

Frank DiLeonardi – Frank is the Fallston Soccer’s Director of Coaching and Level 5 Athletics’ goalie coach. Frank is also the current GK Coach for Stevenson University Women’s soccer program. He is the former goalie coach at McDaniel and Goucher Colleges, DC United and the Washington Spirit Academy (Virginia). Frank holds a GK 1-2-3 and advanced national diploma with United Soccer Coaches (former NSCAA) as well as a Premier and Director of Coaching Diploma and The F.A “C” license.

Our experience uses age-appropriate games and exercises from around the globe to deliver sessions that are healthy, informative, and fun. Our team atmosphere helps develop both social and life skills, even for our youngest soccer players. Our unique method of soccer instruction helps children become familiar with athletics, to properly play the world’s most popular game early on. Our innovative, skills-based curriculum helps teach character building and development while keeping the children on their feet.

Frank DiLeonardi is the head of Level 5 Athletics, Goalie Coach of Washington Spirit US Soccer Development Academy and Fallston Soccer’s Director of Coaching. He was previously an Assistant Coach at both McDaniel and Goucher Colleges. His staff has both college playing and youth coaching experience.

Our Soccer Camp focuses on the range of soccer field  positions.

High School Coaches, prepare your team for the Fall season!
(minimum of 16 players to register)
Receive team specific training from a college coach assigned to your team.

Work on a specific focus that could include:

Defensive pressure, creativity in the final third, keeping possession, switching the point of attack, finishing, a topic of your choice.

The Level 5 – Discovery 75 is a college ID clinic for current and rising HS players who are serious about improving their game. Each clinic will provide participants with top level coaching from some of the best college coaches in the region. Participants will have the ability to showcase their talent for the recruiting process, as well as improve their game both technically and tactically in competitive college type sessions.

Additional coaching Staff to be announced.

Level 5’s camp teaches the fundamentals of lacrosse. All coaches have college-level experience, and work to provide key skill building in the areas of cradling, ground balls, shooting and draw controls. Defense, footwork game strategy and goalie drills are also included. The camp focuses on hands-on instruction in a small group setting, with space limited to just 50 campers. Team-based games are also included in every session.

Beanie Colson: Team Captain for Mount St. Mary’s University’s DIvision I Lacrosse Team, and a starting midfielder for all games during her college career. She was a three-sport athlete at Manchester Valley and part of the squad’s state championship lacrosse team in 2014, 2015 and 2016. She was a member of the Skywalkers 2017 team.

Emily Wilcox: Former coach of CheckHers Elite 2022 Black team and attacker for Gettysburg College’s Division III Lacrosse Team. She was a US Lacrosse Academic All American, a 3-year varsity player for both lacrosse and field hockey, and was part of the state championship lacrosse team at Winters Mill High School in 2011 and 2013. She was member of the CheckHers Elite 2014 Black team. She currently coaches field hockey at Waynesboro High School.

Caroline Wilcox: Assistant goalie coach for the CheckHers Elite Lacrosse Club and currently the goalie for Mount St. Mary’s University’s Division I Lacrosse Team. She was a six-sport athlete at Winters Mill with 10 varsity letters and also ran Cross Country her first two years at the Mount. She was a member of the CheckHers Elite 2017 Black team.

This camp is designed to prepare players for the field hockey season, including drills and activities that help players of all levels improve their skills in a fun camp setting. Goalkeepers also receive specialized training and attention. The camp includes concentrated, college-level training for those seeking higher level instruction.