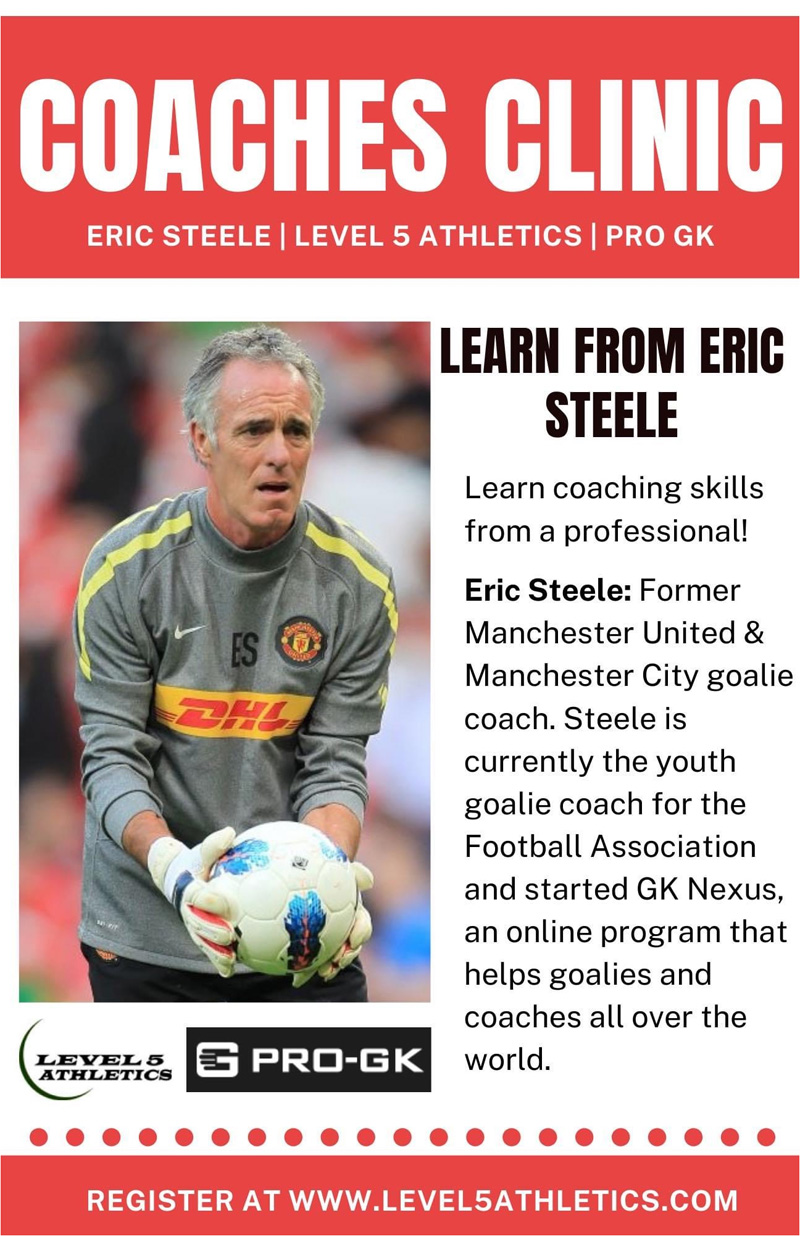 (Participants under 18 must be accompanied by a parent)

Eric Steele – Is the Former Manchester United and Manchester City First team goalie coach and worked with GK’s such as David de Hea, Peter Schmeichel, and Edwin Van Der SAR.  Steele left Manchester United and returned to Derby County where he spent his professional career. Currently, Steele is the youth goalie coach for the FA (Football Association) and also started GK Nexus, an online program that helps GK’s and coaches all over the world.

Frank DiLeonardi – Frank is the Fallston Soccer’s Director of Coaching and Level 5 Athletics’ goalie coach. He is the former goalie coach at McDaniel and Goucher Colleges, DC United and the Washington Spirit Academy (Virginia). Frank holds a GK 1-2-3 and advanced national diploma with United Soccer Coaches (former NSCAA) as well as a Premier and Director of Coaching Diploma. Also, holds his FAW – C Certificate and first half of his UEFA B.